What do you mean by hard times?What hard times bring to your life?This questions always haunt every human,Do you have a dream, but are waiting for “just the right time” to start working toward fulfilling it? Will you feel comfortable pursuing your dream only when everything in your life is working?

Consider this:
The apostle Paul did his best work while he was a prisoner.
Buckminster Fuller was bankrupt and suicidal when he envisioned the design for the geodesic dome.
Humans tend to be resistant to change. They are hardwired to live an “if it ain’t broke, then don’t fix it” life. This resistance is probably the greatest obstacle to achieving one’s goals.

Sometimes, humans need a strong and powerful jolt to jump-start them toward the fulfillment of their Divine Destinies. Only when their backs are against the wall, the comfortable box of the familiar shattered to pieces, and the only resources left are ingenuity, creativity, faith and determination do humans go from ordinary to extraordinary, both in thought and deed.

Radio talk-show host Rush Limbaugh devoted a program to individuals who had lost their jobs and ultimately became more successful than they would have been had they stayed on the assumed, traditional career path.

Callers ranged in age from thirty upward to their mid-sixties, and were diverse in terms of race and gender. Their stories were similar – they lost everything that was familiar and instead of wallowing in defeat and self-pity, took advantage of this time of “crisis” to

1) do things they always wanted to but didn’t think they could, and

2) take stock of all the talents, skills, education and experience they acquired while employed and find new and different applications for them.

“Hard times” force those changes that otherwise would be left until “tomorrow.” When an individual is forced to deal with an unfamiliar situation, all their reserves of skills, creativity and resolve are brought to the fore. There is no “familiar” or habitual way to react. There is a willingness – even a desperation – to learn new strategies and behaviors. Hard times are rough medicine, but they are instrumental to your breakthroughs.

If you are now in a “crisis” situation, get into a calm frame of mind and ask yourself how you can make this situation work for you. How can your circumstances help you become the person God wants you to be? What fears are keeping you in this place?
Then, pray. As long as you’ve asked the questions, be willing to listen to the still, small voice inside of you for the answer. You may be surprised when you begin doing things that terrified you before, or discover that a talent you always took for granted is now generating a small stream of income.
The saying, “That which does not kill me makes me stronger” should be your mantra as you travel your new path toward the life God wants you to live. Fear will be a companion to you, but it won’t kill you. Uncertainty will be another friend. But faith in yourself and your abilities, and the vision to see beyond the storm, will be the forces that see you through to the other side. 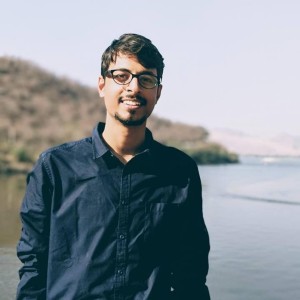 How to be genuinely happy

The Path to Happiness….

One thought on “HARD TIMES….”